" …There are certain things, certain conceptions, which it is needless to praise, because their intrinsic worth stands evident to the simplest observer. I am afraid that Seppeltsfield comes within that class; neither praise nor criticism would enhance or belittle its value, or even interfere with its popularity. Mr. Seppelt's wine cellars have long been recognised as the premier cellars of the colony, and I will only add that personally I know of no cellars, either here or in Europe, so perfectly conceived, from the general plan down to the minutest detail..." 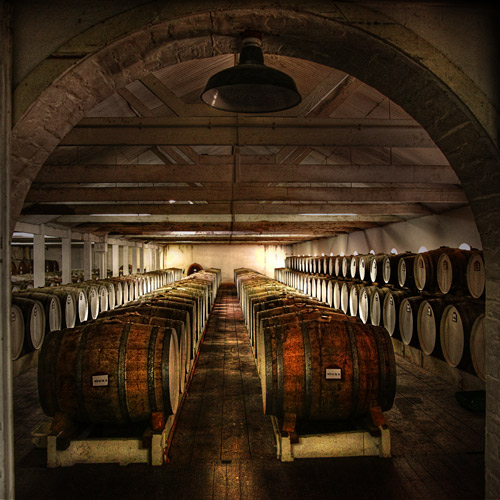 Seppeltsfield’ s history is punctuated with many moments of visionary foresight. Seppeltsfield’ s founder, Joseph Seppelt and his eldest son, Benno, were particularly renowned for their longer term vision for the estate, closely following custodianship principles to ensure a legacy was passed on to future generations. This is no more evident than Benno Seppelt’s inception of the Centennial Cellar – a truly unique and unparalleled system of maturing single barrels of vintage Tawny for 100 years before release. In 1866, plans to build a new bluestone cellar were started by Joseph. 12 years later in 1878 and following the passing of his father, Benno completed the stone cellars. In a gesture both unique and inspirational, Benno selected a puncheon of his finest wine and gave instructions that it was not to be bottled for 100 years. This single barrel of 1878 Tawny port was to remain maturing in a separate room within the bluestone cellars. The tradition of laying down a barrel of the finest wine from each vintage was continued every year following and continues to do so today. The Centennial Cellar now comprises an unbroken lineage of every vintage from the current year back to 1878. A living museum of Australian winemaking history and undoubtedly the ‘jewel in the crown’ of the Seppeltsfield estate, the Centennial Cellar is an absolute must see for visitors. Listen to Master of Wine, Andrew Caillard, as he describes the South Australian heritage-listed 1878 Centennial Cellar 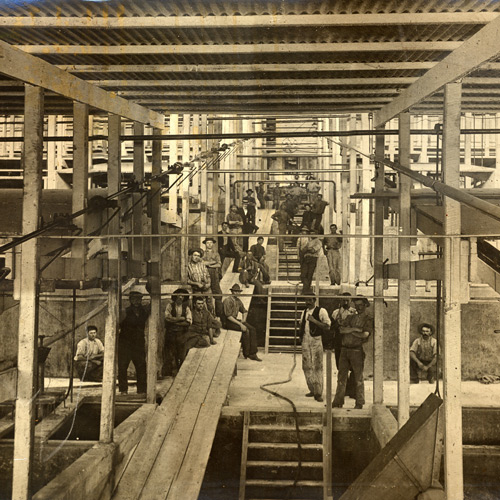 Completed in 1888, the Gravity Cellar was the visionary design of Oscar Benno Seppelt, son of Seppeltsfield founders Joseph and Johanna.

Built into the hillside on a series of terraces, Benno’s design of the cellar was centred on allowing the natural course of gravity to assist the flow of fruit down through the winery.

Whilst originally borne from engineering logic, the gravity-fed minimal handling approach is now a coveted modern-day winemaking principle. In complement to open fermentation, the resultant wines show heightened aromatics and purity of fruit, aided by the gentle extraction of colour, flavour and tannin.

The ingenuity of Benno Seppelt’s design is well noted in a newspaper article in The Queenslander, 23rd July 1898:

“The cellars have been an object lesson to the whole colony, and every new winery that has been built in South Australia during the past few years has been constructed on the plan which has proved so successful at Seppeltsfield – with, of course, modifications to suit the peculiar requirements of the various localities. This is a fact of which Mr. Seppelt may justly be proud.”

For nearly a century, the 1888 Gravity Cellar played an important role in Australia’s fine wine landscape, until it was eventually decommissioned in the 1980s due to the need for significant restoration. The cellar lay dormant as a museum for nearly 30 years until it was proudly revived for the 2010 vintage, now celebrated once again by the winemakers of Seppeltsfield.

Listen to Master of Wine, Andrew Caillard, as he describes the heritage-listed 1888 Gravity Cellar 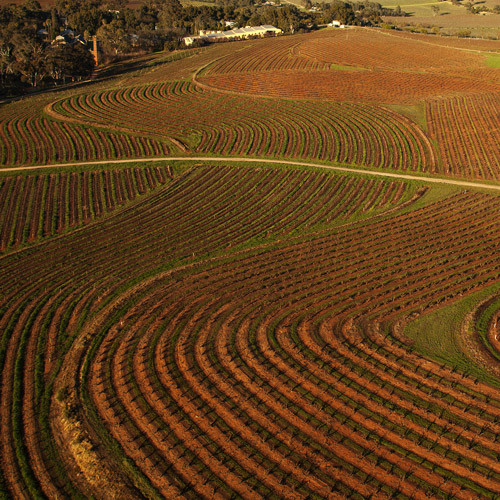 Vineyards immediately surrounding the Seppeltsfield estate span over 250 acres and include plantings of the Barossa’s traditional grape varieties, Shiraz, Grenache and Cabernet. Small plantings of Touriga and Palomino are also within the estate’s holdings.

Whilst Seppeltsfield’s extended vineyards span broadly across the Western ridge of the Barossa and into the Eden Valley, it is the Great Terraced Vineyard – located on an estate hillside outcrop of ironstone, quartz and slate soil – that is highest prized.

The Great Terraced Vineyard comprises of bush vine Grenache plantings (vines without wire trellis) and range from 60-80 years of age. The complete vineyard is planted in contours of which follow the natural shape of the land, giving rise to a manicured appearance especially when viewed from above.

Traditionally, the Great Terraced Grenache would have been used entirely for the production of fortified wine. We are now also proud to be utilising some parcels for the crafting of small batch still wines.