Originating from the name of the Barossa Valley’s main river, ‘Para’ has remained resolute within Australian wine culture for over 11 decades. Featuring on numerous fortified releases over the course of time, it has crossed three ownership eras; B Seppelt & Sons, Treasury Wine Estates and modern day Seppeltsfield, with Tawny bottlings featuring the insignia being traced back to the beginning of the 20th century.

Over 400 release variants featuring the ‘Para’ brand have been discovered as part of archival research undertaken by Seppeltsfield.

First trademarked in 1923, the existence of ‘Para’ has now been traced back even earlier, with releases in Australian circulation between 1902-1918. These earliest of releases during the era of B Seppelt & Sons included ‘old’, ‘medicinal’, ‘Barossa’, ‘family’, ‘red’ and ‘white’ Para labellings. These first incarnations of Para were followed by ‘royal purple’, ‘purple’, ‘imperial reserve’ and ‘invalid’ bottlings 1920-1940.

Perhaps the most notable, the 100 Year Old Para Vintage Tawny, was first released in 1978 (from the 1878 vintage), however bottlings of ‘Para Liqueur’ – recognisable by its iconic bell-shaped bottle – first emerged in 1953. The first vintage released – labelled as 1922 – was in celebration of the Coronation of Queen Elizabeth II.

Para is an indigenous Australian term, commonly translatable to ‘river’ or ‘water’. The Barossa region is bordered by the North and South Para Rivers, which rises from the ranges near Eden Valley and flows South-West through the Barossa Valley, passing through the townships of Nuriootpa and Tanunda. Several estuaries branch off of the Para River catchment, including Jacob’s Creek and Greenock Creek – the later meandering directly through the Seppeltsfield estate. 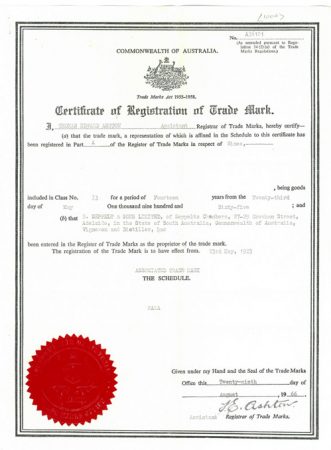 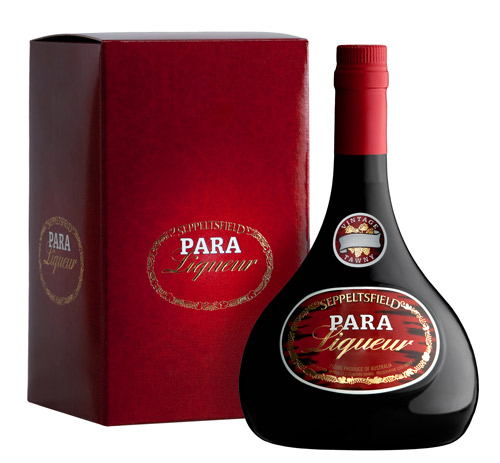 THE BOTTLE
Whilst many variations now exist, for generations of wine enthusiasts, Para would be recalled for its distinctive bell-shaped glass bottle packaging. The bell, or pot-bellied shape is said to have taken inspiration from the European ‘Bocksbeutel’ bottle type.