Recognised as Australia’s most famous wine region, the Barossa is home to over 70 cellar doors and over 750 winegrowing families.

However, the Barossa is more than just a wine region; it is also a vital culture of fine wine endeavour, pioneering European influence, gastronomic excellence and strong community spirit.

Above all, it is a pride in a local sense of purpose and belonging.

Fabulous food, sumptuous wine, breathtaking geography, rich history, and generational tradition, the Barossa truly has it all and it is here for you to discover.

To plan your trip the Barossa, visit www.barossa.com 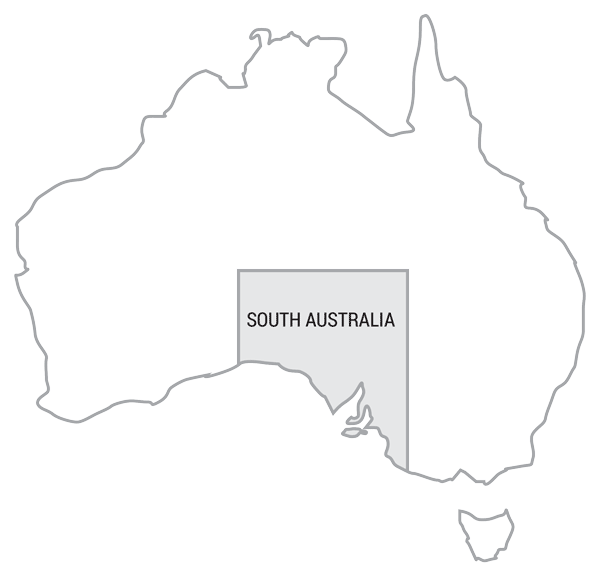 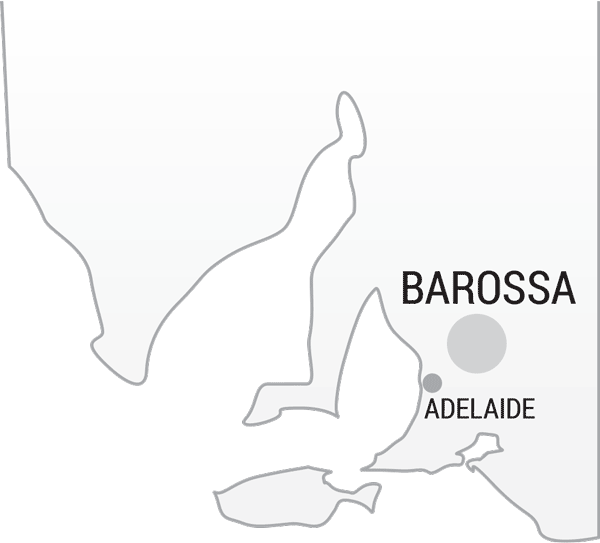 Whilst the Barossa’s fine wine contribution to the world crosses many varieties and styles, it is the region’s expression of Shiraz and to a greater extent, old vine Shiraz, that has resonated strongest around the world. Having avoided the vine disease Phylloxera, which has devastated many other wine regions in Australia and internationally, the Barossa’s old vine resources are exceptionally precious.

The region is home to Shiraz plantings dating back to 1843 – some of the oldest in the world – and are marked by an official charter dedicated to their recognition, preservation and promotion. Prestigious cuvees such as Penfold’s Grange and Henschke Hill of Grace, amongst many others, are defined by the power and elegance of Barossa old vine Shiraz fruit.

The mouth-watering tapestry that is Barossa food weaves together old world culinary traditions with seasonality and Australian practicality. Sewn by many hands since its beginnings, it is a glorious abstract of colour bound by a framework of devotion and hard work.

Although the earliest land-owners were English with large holdings in the Barossa Ranges, it was German-speaking settlers, devout Lutherans, who had the strongest impact on the flavours of Barossa food. They arrived with only a few meagre possessions but they carried a wealth of culinary traditions in their baggage. They were hard-working folk who cleared land for farming and built old world style homes with wood ovens and smokehouses. They planted orchards, vegetable gardens and vineyards, grazed animals and felled trees to fuel their stoves. Every home had fruit trees, vines and a vegetable garden.

Driven by the need to preserve the bounty of the land and a stoic belief in the waste not, want not principle, they smoked meats and dried fruit, fermented and pickled vegetables, made cheese and fermented grapes to make wine. They celebrated the turning of the seasons and gave thanks in the spired Lutheran churches that still dot the Barossa landscape. 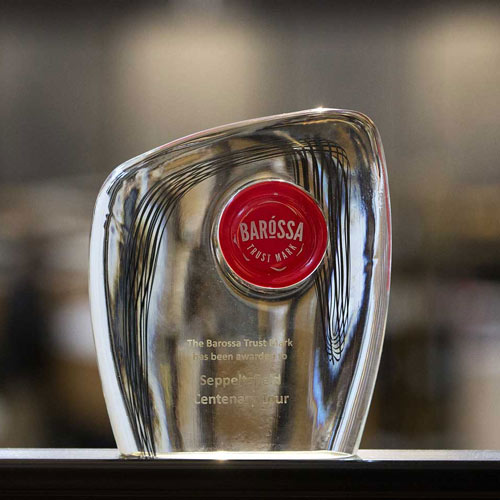 Look for the Barossa Trust Mark…

It’s our Barossa promise to you. Have you ever inhaled the beauty of the Barossa? You should. And when you do, you want to be sure the experience meets the Barossa standard of care, quality and authenticity. The Barossa Trust Mark is that promise.

When you see the Barossa Trust Mark on our produce and products in stores across Australia, or if you are looking to book a stay, or experience some of the activities we have on offer, you can be assured of its quality.

Seppeltsfield is a proud holder of the Barossa Trustmark for The Centenary Tour & The Para 100 Year Old Vintage Tawny, however we invite you to learn of the many other wine, food & tourism holders at  www.barossa.com