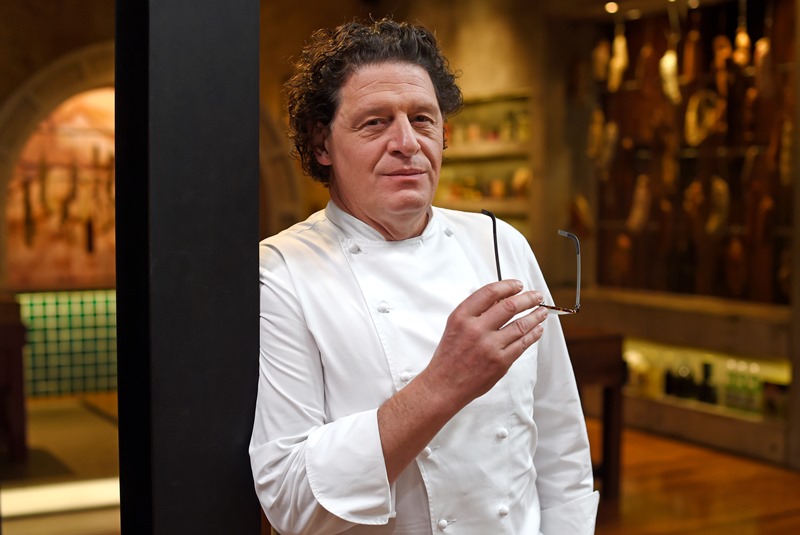 Seppeltsfield is preparing for one of the biggest names in cooking, Marco Pierre White, to visit the estate this month, as part of the 2017 Tasting Australia festival, which runs from Sunday 30th April – 7th May.

Pierre White will be joined by estate residents Owen Andrews (Seppeltsfield events executive chef) and David Swain (FINO Seppeltsfield) to lead a $225-a-head Italian feast – one of the opening events of Tasting Australia.

To be held in Seppeltsfield’s 1920s Vintage Cellar, in which a production and full service function kitchen was recently added, the Italian feast will also welcome Mitch Orr (ACME, Sydney), Jock Zonfrillo (Restaurant Orana, Adelaide) and Matteo Carboni (Casa Carboni, Barossa) as feature chefs. The event sold out just hours after having been announced.

Touted as the world’s first ‘celebrity chef’, Pierre White, who will headline a new television series Hell’s Kitchen Australia this year, famously became the youngest person to be awarded 3 Michelin stars (at 33 years). Gordon Ramsay and Curtis Stone are among the now-household gastronomic names who were mentored by Pierre White.

Whilst details of the event’s menu are being tightly held, Tasting Australia ambassador and FINO Seppeltsfield Proprietor Sharon Romeo said that guests would be in for an Italian feast of “generosity and authenticity”.

“Our entire kitchen and front of house team are excited to work alongside Marco for this event – he has been an inspiration to so many chefs who have gone on to be culinary legends of their own”, said Ms Romeo. “We feel so thrilled to have him in our home here at Seppeltsfield”, she added.

“I’m really keen to show Marco what we are doing here with our unique food philosophies, including my wine cellar-aged prosciutto, pickled Seppeltsfield road palm dates and aged cheddar submersed in Tawny”, he added.

Tasting Australia runs from 30th April – 7th May, with the full program available at www.tastingaustralia.com.au